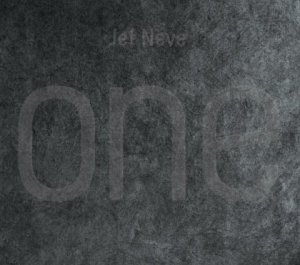 Solo piano albums are precious and a landmark for the artist.  And this one, One by Jef Neve is no exception, with seven impassioned own compositions and fresh interpretations of well known material such as Lush Life.

Jef Neve took master classes with Brad Mehldau, and there is something of Brad Mehldau’s emotional intensity to this beautiful album, just as there is in Jef’s live performance as I noted in my gigs of 2014, where the joy of performance and communication was very moving and direct. Jef creates walls of dense shimmering sound that do not overwhelm, as in his exciting interpretation of Lush Life.  There are compositions which move for their lovely melodies such as Solitude and Could It Be True.  And as for Joni Mitchell’s A Case of You – it is quite heartbreakingly beautiful, sensitive and delicate.

It is no surprise to learn that Jef has written for several films – there is a cinematic feel to the unfolding of each composition.  Solitude, originally written for performance with 2 dancers, tells the story of a father-son relationship, of the son yearning to break away, and finally caring for his Dad. The pianos (3 different ones across 2 continents, with most tracks recorded on a Yamaha CFX Concert Grand at Abbey Road Studios) all sound amazing.  Jef Neve deserves to be heard more frequently in the UK, but as he embarks on a world tour in January 2015, the UK is probably off the map for a while.  I am glad I saw him when I did and I will enjoy this album for a very long time. 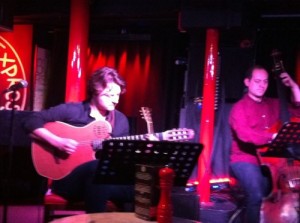 Over the past year I have gradually moved from being “just” a member of the audience to an active promoter for a small jazz club and I’m the booking agent for a jazz musician.   And this has had quite an effect on how I experience live music.   I now know just how hard it is to get gigs, how a malfunctioning monitor means a musician cannot hear himself or anyone else,  how not wearing your earplugs as a drummer is to risk serious damage to your eardrums. All of these things, and more, make me marvel at the musicians I have heard this year.     So here are a few sketches of many happy hours:

Marius Neset in Brecon Cathedral in August.  The sheer effort of Marius’s performance –  seeing him gasp like a marathon runner, his body almost doubled over as he tried to take in air after filling the vaults with incredible blood curdling sound.  A friend overheard to say “I don’t mind I never saw John Coltrane, because now I  have seen Marius Neset.”

Jef Neve , solo, at Kings Place in November.   A performance that moved me very much, especially Joni Mitchell’s A Case of You, a song  which Jef said had saved his life several times.  His simple heartfelt introductions to each song, like we were in his living room, enhanced the enjoyment.   His album One  is on my Christmas list.

Maciek Pysz at Pizza Express in March with Yuri Goloubev, Asaf Sirkis and Tim Garland.   Reviewed here.  And remembered most for the achingly beautiful Beneath an Evening Sky by Ralph Towner with duo between Tim and Maciek.

Phronesis at Union Chapel in May.  Clouds of dry ice softening our view in a huge venue, Anton’s smile when he saw friends on the front row. Jasper’s jokes. The sheer joy and energy of it, a wonderful huge sound, the retention of intimacy in a big space.

Michael Wollny at Cheltenham Jazz Festival in April.    I decided not to listen to anything by him before the gig, I had heard of his reputation, but I wanted to discover him for myself. So I was completely blown away by his virtuosity,  huge presence and the togetherness of his trio, and the way I just “got” the music, from plain chant to rock.  He did not disappoint.  It’s great to be able to write that.

Roller Trio at Stratford Jazz in October.    It was such an honour to host Mercury Prize winners.   It’s not just that they write such catchy tunes, instantly hummable, their own sound.    It’s how they are on stage – no-nonsense, let’s get on with it and see what happens and let’s make sure people enjoy it because we will be enjoying it.  Banks of pedals in front of James.   Sounds that made your blood run cold with excitement and fear almost.  Luke’s drumming that could be heard down the street.

All these performances have one thing in common – they moved me, my life was richer because of them, and that is why they are my gigs of 2014.   Thank you, every one.